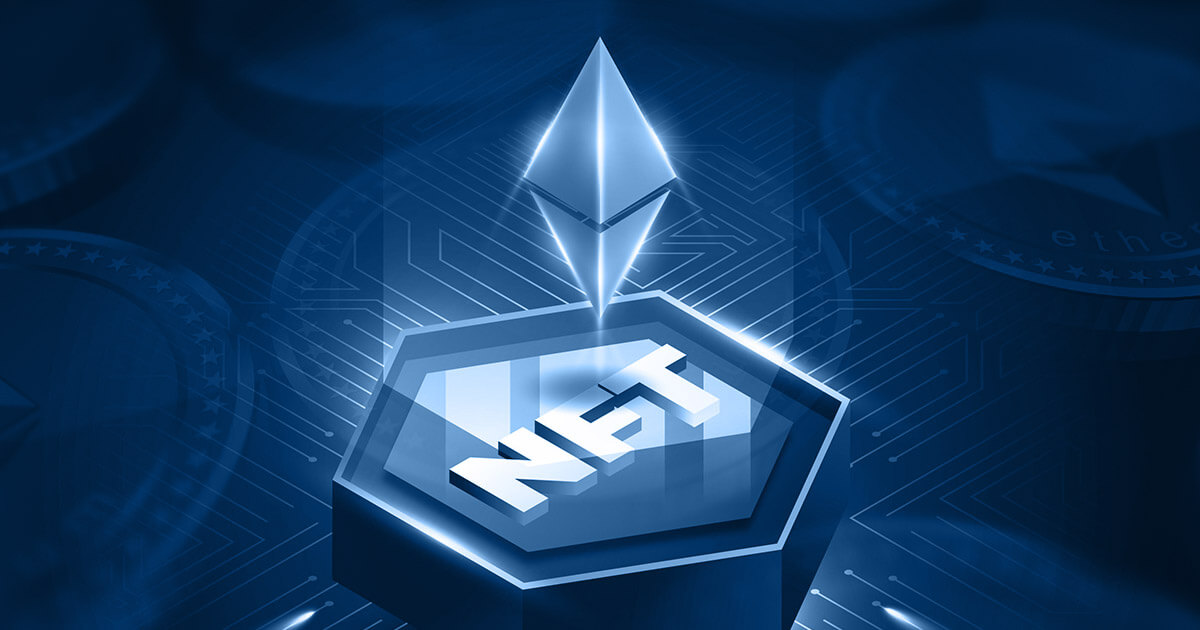 In early March, a tech company bought a piece of art worth $95,000. Then the executives lit it on fire. At the end of the spectacle, which was shared live on the internet, the group unveiled a copy of the art, this time in digital form. The creation, by elusive British artist Banksy, was called "Morons (White)."

As for the digital format, it's getting more hype than the painting and the burning put together. It's a rising type of technology called a non-fungible token, or NFT. Think of an NFT as a unique proof of ownership over something you can't usually hold in your hand — a piece of digital art, a digital coupon, maybe a video clip. Like the digital art itself, you can't really hold an NFT in your hand, either — it's a one-of-a-kind piece of code, stored and protected on a shared public exchange.

A print by street artist Banksy burns on March 3, 2021, before buyers present a digital copy to the public. Screen capture/Burnt Banksy

Nonetheless, some NFTs are fetching millions of dollars. Investors, futurists and financial reporters are abuzz, and companies big and small are launching NFTs for profit, publicity, or some of both.

Along with the stunt that the company Injective Protocol pulled with its Banksy, there's the NBA, which recently launched Top Shot, an online marketplace selling video clips of game highlights. Those clips — think of a classic LeBron James dunk — command varying prices depending on rarity, and they all come in NFT format. Buyers collect them, and sometimes resell them, for tens of thousands of dollars, much like digital trading cards.

A Los Angeles pizza shop has released an NFT that, for one lucky owner, translates to free pies for life.  And an artist named Krista Kim recently sold a virtual home, dubbed Mars House and created in an NFT format, for about $500,000.

The ballyhoo surrounding NFTs may seem similar to another much-hyped phenomenon known as bitcoin. People who are enthusiastic about one tend to be interested in the other, and that's because the technology is related. If you're thinking about buying NFTs, or if you just want to sound smarter when talking about them, here's what you need to know.